Thanks to the efforts of Zodiac author Robert Graysmith and others, media reports often erroneously state that a “lack of cooperation” somehow hindered the investigation and permitted the killer to escape justice.

In interviews, Graysmith repeatedly cites this problem as one of the reasons that authorities failed to properly investigate and arrest his suspect, Arthur Leigh Allen. During his appearance on America’s Most Wanted, Graysmith told host John Walsh, “I realized the police departments in the different counties were not sharing, so, as a private citizen I realized I could go places they couldn’t and get information. It took ten years, I compiled it into a book so people could remember this case.” Graysmith apparently operated under the delusion that he had some special access denied to investigators. In truth, police were free to go virtually anywhere they pleased in search of information – including many places Graysmith could not – and, in the course of his amateur investigation, the cartoonist failed to uncover any important or relevant evidence previously unknown to the investigators. As Graysmith uttered these absurd remarks, Walsh nodded in agreement, then turned to the camera and, in a bit of understatement, said, “That book made a difference and that book is STILL helping keep this story alive.” In truth, Graysmith’s book had kept the story alive by contaminating the historical record and perpetuating myths. The Zodiac story was, in fact, alive and well before the publication of Graysmith’s book, and his revisionist account – which claimed the author had solved the case – did little to help the real search for the killer.

In the film Zodiac, Graysmith’s character is given brief access to the Vallejo police reports and scours the files for information he later gives to Toschi. The film implies that Toschi was unable to read the files himself, when, in fact, Toschi was given a copy of the Vallejo police files and had full access to the information gathered by the various agencies involved in the investigation.

All of the available evidence indicates that the various law enforcement agencies drawn into the hunt for the Zodiac not only cooperated and shared information, but that the men and women assigned to the case acted in an appropriate and professional manner. Those who continue to claim otherwise, or claim that investigators failed to cooperate, have chosen to ignore the known facts. Robert Graysmith criticizes police and blames investigators for the failure to catch the Zodiac, and an ignorant media repeats his falsehoods. Unsuspecting readers of Graysmith’s books, Internet followers of the case, and others, continue to believe that police somehow botched the investigation despite the evidence to the contrary. The overwhelming majority of those involved in the actual investigations have said that virtually everyone cooperated and shared information. A few individuals have claimed that others had failed to share important information yet rarely elaborate or provide examples.

Police reports, FBI files, and other documents produced during the decades of investigation reveal that virtually all of the various agencies involved had access to virtually all of the available information regarding the crimes attributed to the Zodiac and the investigations conducted by the Benicia Police Department, the Vallejo Police Department, the Napa County Sheriff’s Office, the San Francisco Police Department and the California State Department of Justice. In 1969, DOJ Agent Mel Nicolai was assigned to coordinate the investigations, to facilitate cooperation, and to collect and distribute information gathered during the investigations. Nicolai’s reports repeatedly state that the various investigators were made aware of new information, and the now-retired agent said that stories of infighting, jurisdictional jealousies, incompetence and a lack of cooperation were “bullshit.” 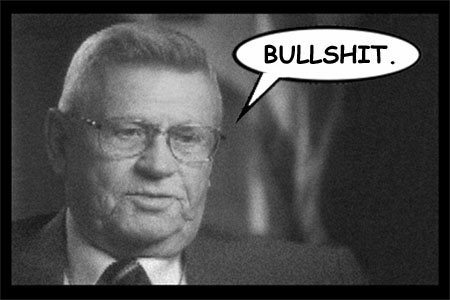