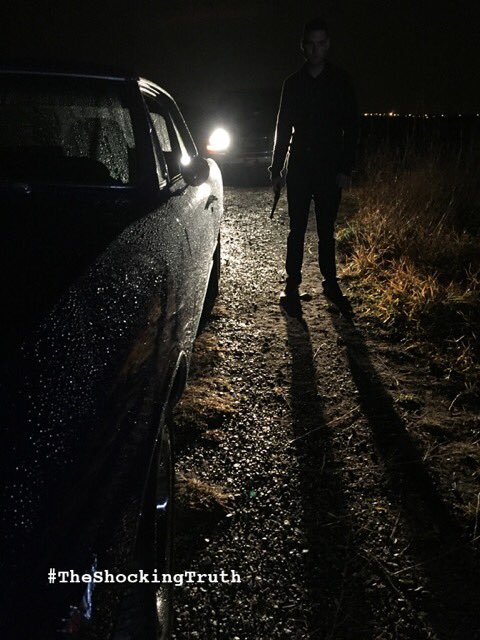 The 12-episode, 30-minute series is produced by Calgary-based Pyramid Productions and two episodes air on E! each Monday night. One synopsis of the Zodiac episode: “Jake Gyllenhaal and Robert Downey Jr. on their roles in the David Fincher-directed Zodiac, based on the horrific unsolved murders carried out by the Zodiac killer in the 60s and 70s.” My interview was filmed in Los Angeles in September 2016. George Bawart died in February 2010 and Ken Narlow died in December 2010, so the series must be using footage from interviews or appearances in previous documentaries.

Each episode includes re-enactments of the crimes. The Calgary Sun featured an article about the new series and shooting locations in Canada used to recreate crime scenes in California: “To play Lake Berryessa, the California spot where the Zodiac killer claimed two victims in 1969, the crew went to Ghost Lake near Cochrane.” Photos of the reenactments are available on Twitter: https://twitter.com/PyramidProTV.