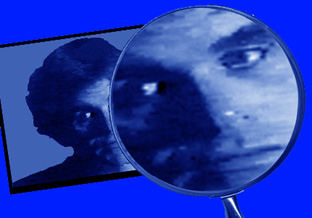 Shortly after the release of his book, Amerithrax, Robert Graysmith appeared on the radio program, “A CLOSER LOOK,” broadcast on the Paranet Continuum Network. Known for content devoted almost exclusively to UFO and conspiracy theories, the network features interviews with guests who tell sensational and often unbelievable tales. Many of Graysmith’s statements about the Zodiac investigation and his suspect, Arthur Leigh Allen, proved less than accurate upon a closer look.

“…And, when you start to look at this fellah, and you go to Vallejo, California, a little city, a little town to the North of San Francisco, and you see the layout, and, you see that this guy lived, literally, you could take a rock and hit, a minor part of a block, hit the restaurant where the third Zodiac victim worked. And, this guy is like, you know, even though he’s potentially gay, he’s a child molester, for the first time in his life, he met a woman he was interested in, and, so this woman moves, and, the Zodiac crimes, and, she knows the first two victims, and, he shows up at a party, and, the odd things about this was it was a painting party. Apparently, this waitress had come into some money from somewhere and she bought a new house. This mysterious guy that looks like Zodiac shows up, dressed in a business suit, doesn’t join in with the painting, and the rest of the party, and she’s absolutely terrified. All she would say was his name was Lee and she once saw him murder someone. Well, this guy later admitted, that’s why his family turned him into police, he was showing up at parties wearing a suit and just a lot of really odd, he apparently knew all the victims. So, I’m ok, that’s a very interesting suspect, I like that, but the fact is, for the third victim, a, there’s a pair of kids up at this lake. This is a very remote lake, well, finally, I got up to this lake on exactly the same day the murders had happened, September 26, 1969. I went up around the same time of year, and, I just kept going through these records, and, it turns out there were only ten people at this remote lake, this is way up (unintelligible), and one of them is Arthur Leigh Allen. He admits it in letters from prison, he’s identified by the three young coeds that he was shadowing, and they noticed him, uh, he, his voice was identified by the young man who able to survive the stabbing, and, even though he was, the killer was wearing a hood. And, eventually, you just say the odds of him knowing the first, second and the third victim, but in all, and to be turned in twice before as the Zodiac. Uh, the odds of him being up at this lake, and, being there, and knowing about this crime ahead of time, and being within sight, within a hundred yards wearing the same kind of unique shoes sold only on military bases, they’re for walking on planes, that’s what they made these Wing Walkers for. And, I’m just saying, that pretty unbelievable. When you start looking at the facts of that he’d gotten the watch with the Zodiac symbol and it was called Zodiac watch, he’d gotten this on the 18th of December and the murders started on December 20. So, after you get about a thousand of these things, and you take a look at the guy, and, I’ve met him many, many times, and I’ve talked to his parole officer, watched him at work. I mean, you pretty much come away with the sense that this is the guy, but they’ve never been able to link him to the letters. His handwriting’s close, but the experts say it’s not his. So, that’s the glitch, that’s why this man was never arrested. Of course, Zodiac had said, I’ve got a basement full of bombs and guns and stuff and then this guy, they go into his basement, what’d they get? Guns and bombs and the Zodiac bomb formula, and all these, he was a chemist, he had, uh, just everything you’d expect to have, he was the right height, the right weight, and the age. And, you did point out that he was different. Leigh Allen is different in one respect, a lot of killer, uh, especially serial killers, we know, start about, they burn out at age thirty. Zodiac, as far as we could tell, began when he was between thirty-five and forty-five – that was the description from the officers who saw him and the witnesses…”

During the interview, Graysmith made more than 17 inaccurate, unsubstantiated, exaggerated, distorted or false statements in less than 12 minutes. One of his more curious statements is worthy of a final note.

“That’s the great thing about Zodiac Unmasked. As the letters came in, I photographed them, and a lot of the letters the police had lost, and in the first book we didn’t use them all, and I took my photographs and put them in the book.”

Graysmith’s interview on the radio program suggests that his books, and perhaps his character, may require a closer look.