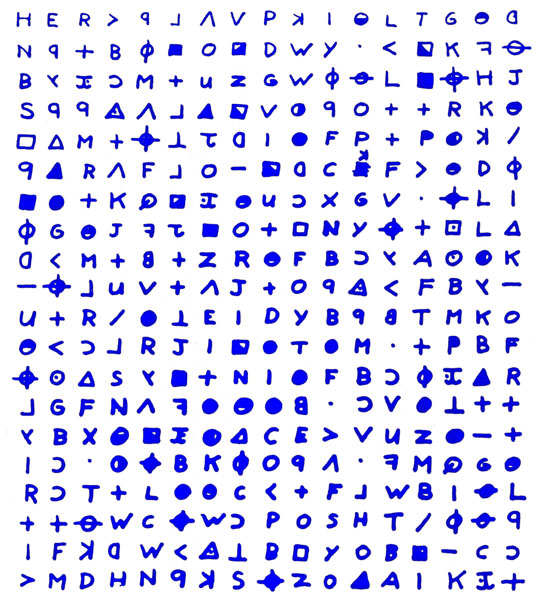 In November 1969, the Zodiac mailed his second cipher consisting of 340 symbols. Experts and amateur code breakers struggled with the cipher but repeatedly failed to find its hidden message. Over the decades, many people claimed to have solved the cipher but, to date, no one has produced a coherent and credible solution.

In his book Zodiac, Robert Graysmith claimed that he had solved the Zodiac’s “340 Cipher.” Graysmith’s claims as a code breaker earned him some local publicity in 1979, but his solution seemed rather incoherent.

HERB CAEN I GIVE THEM

HELL TOO BLAST THESE

SEE A NAME BELOW KILL-

ME PARDON ME AGCEPT T-

HESE FOOLS SHALL ME-

UL CLEAR IT LAKE IT SO

STARE I EAT A PILLLL

R LATE TEA SPALL I HE-

The solution offered in Zodiac was an alteration of a version first presented by Graysmith in the late 1970s. The FBI files included an early version of Graysmith’s proposed solution:

Herb Caen: I give them hell too

to dead hell is a clue.

there some see a name below

a killer’s game is pills parole

me. Cops met to talk to me.

Such time. These fools helpd me.

Scared I eat a pilll.

CB sells slaves because all

collection either please to lie in hell.

He’s me. Toschi the pig leads me.

Some people may have believed that Graysmith had deciphered the code, but the FBI was not impressed. On February 15, 1979, San Francisco police forwarded Graysmith’s solution, his worksheets and his code key to the FBI, and the Bureau reported its conclusions.

Based upon the information available, it is the opinion of respondent that the solution is not a valid decryption… The total feeling generated toward the decrypted solution is that the solution has been forced. First the random-like transposition system permitted the various vowels and consonants to be forced into words, then the words were forced into being poetry in an effort to give them meaning. Just about any random selection of words could be arranged to be as ‘logical’ as those in the supposed poetic solution. (It is noted that the initial ZODIAC decrypted message was particularly clear as to the meaning ZODIAC desired to communicate.) When a cryptogram has been decrypted properly there is an unmistakable sense of rightness about the solution. This sense of rightness is completely absent in the proposed solution.

Graysmith later altered portions of this solution and included the second version in his first book. Graysmith also claimed that his solution was confirmed by Greg Mellen and Eugene Waltz, both prominent members of the American Cryptogram Association. (Repeated requests for confirmation have been ignored by the ACA and no one at the organization appears willing to confirm Graysmith’s claim.)

The files of the Vallejo Police Department included one proposed partial solution to the 340 cipher which read:

You are getting closer than ever too catching me only I cannot arrange to meet with names no sir I to am through playing have a news tv or radio station tune to kgo tv at ten after seven am go to one or more at ot al of one that came to gather or meet with me. 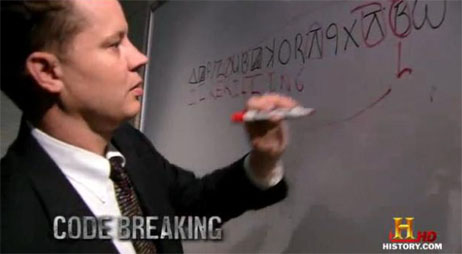 During an interview for the History Channel’s 2009 documentary series MYSTERYQUEST, FBI code analyst Dan Olson speculated that some lines of the 340 cipher were meaningless filler while the relevant portions were buried inside other lines. 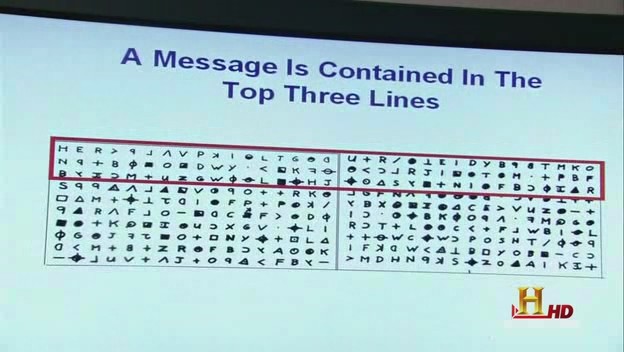 Olson also suggested that rearrangement of the cipher lines might be necessary in order to find the solution. 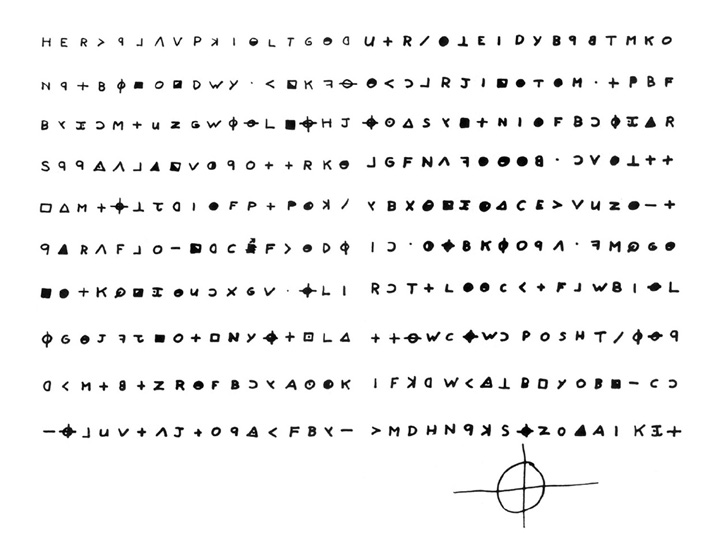 In June 2011, a man named Corey Starliper claimed that he had solved the 340 cipher and that the solution identified long-time suspect Arthur Leigh Allen as the Zodiac. Starliper was the center of attention for a brief period as the media repeated his sensational claims without question or scrutiny. The so-called “Starliper solution” spread across the Internet and the world. Starliper’s solution read:

Starliper stated that he first became interested in the Zodiac case after seeing the 2007 film ZODIAC and reading the book version by Robert Graysmith. “I saw the movie first, and when I saw the movie, (I had) instant interest in it… When I read the book, I was … just hungry for more when the book ended… I became absolutely obsessed with the case, to the point that I’d look up from Graysmith’s books … and realize that I’d actually forgotten to eat.” The book and the film ZODIAC both presented a distorted and factually inaccurate account of the case which has been altered and embellished in order to lend credence to Graysmith’s theories while making Arthur Leigh Allen appear more guilty than the truth would permit. Starliper was admittedly influenced and inspired by the book and film, and his comments about the case, the evidence, Allen, and other subjects proved that he had relied on these unreliable sources for most of his information about the case.

Starliper’s solution was debunked on this website and others, and some media reports questioned his methods and results. Starliper became defensive and even threatened those who dared to dismiss his claims. In an article titled “Proposed Zodiac 340 Solution Comes Under Fire,” Starliper was quoted as saying, “I believe there is enough evidence to suggest that my solution is valid. However, it really is anyone’s guess … For all anybody knows, (the Zodiac’s) code could be the alphabet repeated 30 times over.” On his Facebook page, Starliper confessed, “The solution may be incorrect but its just as valid as anyone else’s guess.” Dave Oranchak’s website ZodiacKillerCiphers.com featured an article which debunked Starliper’s solution. Oranchak wrote, “His solution is a hoax . . . Corey’s system allows him great freedom to guess words that fit his preconceived notions of the Zodiac case. His guesses are no better than any one else’s guesses, and his solution has no significance.”

Starliper’s methods and results highlighted the persistent problem with the many proposed solutions offered by Graysmith and others. Using preconceived notions, Donald and Bettye Harden unlocked the Zodiac’s first cipher. The Hardens assumed that the killer’s ego would dictate that the message began with the word “I,” and, that the killer’s need to brag about his crimes would dictate that the message also included the word “kill.” These assumptions proved correct, and the Harden’s produced a clear and coherent solution which began, “I like killing people because it is so much fun.” Experts confirmed the accuracy of the Harden solution and the deciphered message is generally accepted as valid. The Hardens based their assumption on basic facts about the killer’s letters and they produced a message which contained clear sentences of coherent text. The methods used could be verified and duplicated by others, and, the solution was did not appear forced. Robert Graysmith, Corey Starliper and many others had proposed solutions for the 340 cipher which appeared forced to fit several preconceived assumptions about the killer and his identity. Those assumptions were not based on fact and the results were not sound. As the FBI analyst noted, “just about any random selection of words could be arranged to be as ‘logical’” when using such methods. The Harden’s were successful in deciphering the Zodiac’s cipher because their method relied on the basic facts and common sense.

The 340 cipher has been the subject of debate, scrutiny and controversy for more than four decades. To date, no one has deciphered the hidden message. Computer programmer David Oranchak developed the “Zodiac web toy,” a cryptography website where visitors can use a program designed to test their own solutions. The Zodiac’s first cipher was solved by determined amateur code breakers in search of the truth. Perhaps another dedicated amateur will someday unlock the mysteries of the Zodiac’s 340 symbol cipher.