Episode #2 of the History channel documentary series The Hunt for the Zodiac Killer examined three suspected “Zodiac” crimes, including the unsolved murder of Riverside City College coed Cheri Jo Bates in 1966, the unsolved murders of teenagers Robert Domingos and Linda Edwards in Santa Barbara in 1963, and the alleged abduction of Kathleen Johns in 1970.

Ryan points to circles drawn onto the pants in areas where previously forensic testing occurred.

Kenneth Mains points to a small blood stain on the pants which he believes indicates that the killer may have cut himself during the attack on Cheri Jo Bates. Further testing would be necessary to determine if the bloodstain might contain DNA evidence which could identify the killer.

Ryan uses a cotton swab to remove a small portion of the blood stain. The swab is then exposed to a chemical which reveals the presence of blood.

Episode #2 also includes an examination of the unsolved 1963 murders of teenagers Robert Domingos and Linda Edwards near Santa Barbara. Some investigators noted similiatries between this case and the Zodiac attack on a young couple at Lake Berryessa in 1969.

Cold case investigators Sal LaBarbera and Kenneth Mains meet with police psychologist John Averitt to discuss the Domingos/Edwards case at the scene of the crime.

In March 1970, Kathleen Johns claimed that she was abducted by a man resembling the police sketch of the Zodiac. Months later, a Zodiac letter seemed to confirm the killer’s connection to the Johns case. In phone call with Kenneth Mains, Kathleen’s daughter says that her mother had once identified a man named Larry Kane.

Episode #3 of The Hunt for the Zodiac Killer examines Larry Kane’s possible connections to the 1970 disappearance of Donna Lass in Lake Tahoe, Nevada. In March 1971, a suspected Zodiac message referred to Lake Tahoe and “victim 12,” feeling speculation that the Zodiac may have killed Lass. Sal LaBarbera and Kenneth Mains meet with police to learn more about the Lass case, and they also visit retired Vallejo police detective Ed Rust to discuss Kane as a possible Zodiac suspect. LaBarbera and Mains travel to Lake Tahoe and attempt to find Donna Lass’s gravesite using the clues from the suspected “Zodiac” postcard.

Episode #3 also includes an examination of the Zodiac’s bomb diagrams. Zodiac claimed that a map of Mt. Diablo and a 32-symbol cipher could be used to locate a buried bomb.

Episode #3 of The Hunt for the Zodiac Killer airs Tuesday November 28 on the History channel. 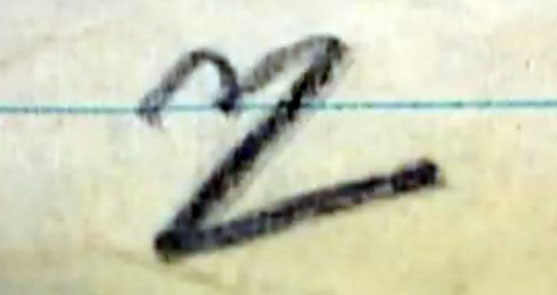 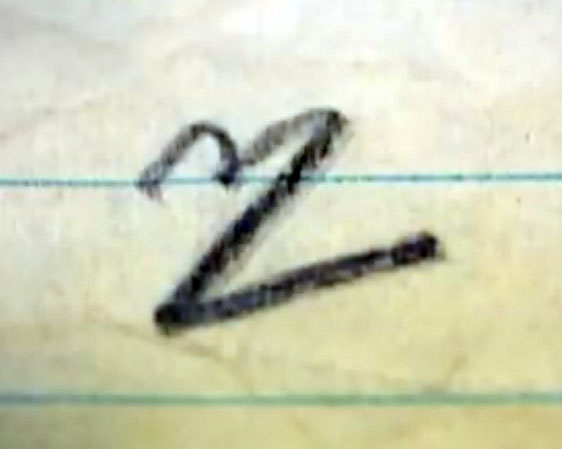 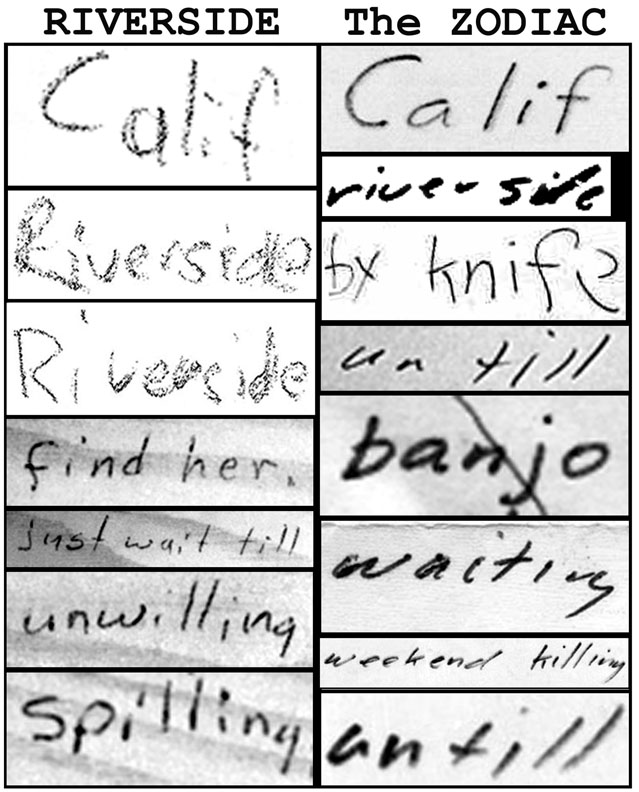 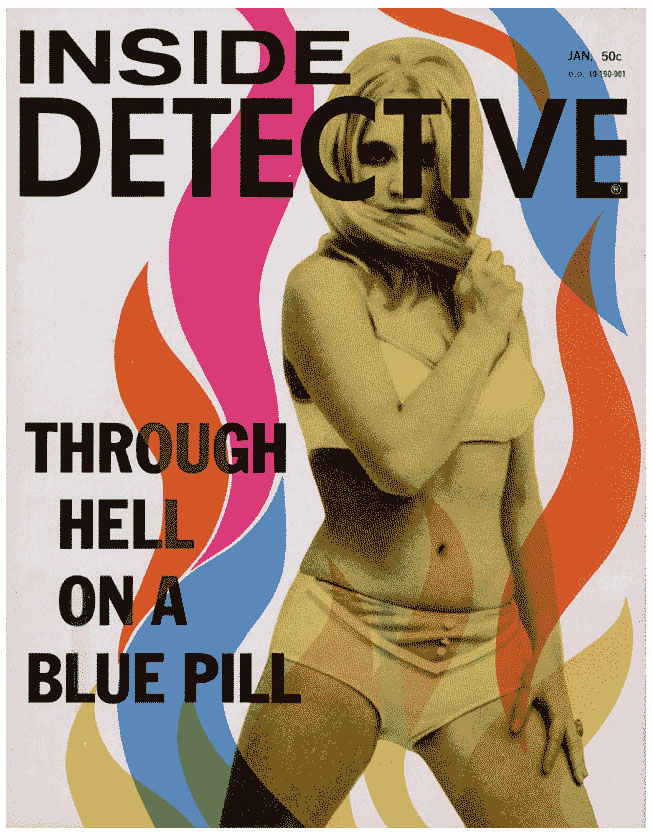 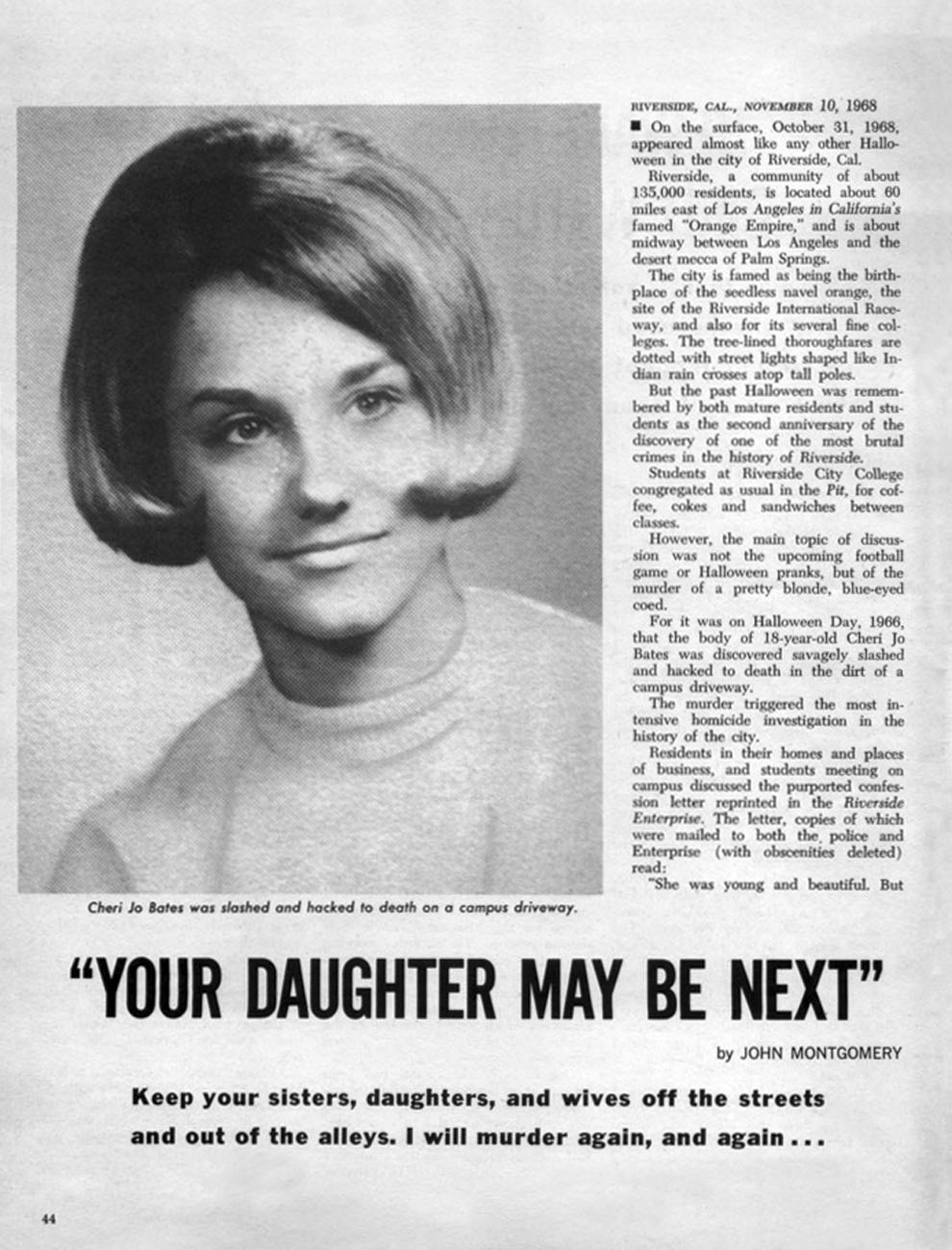 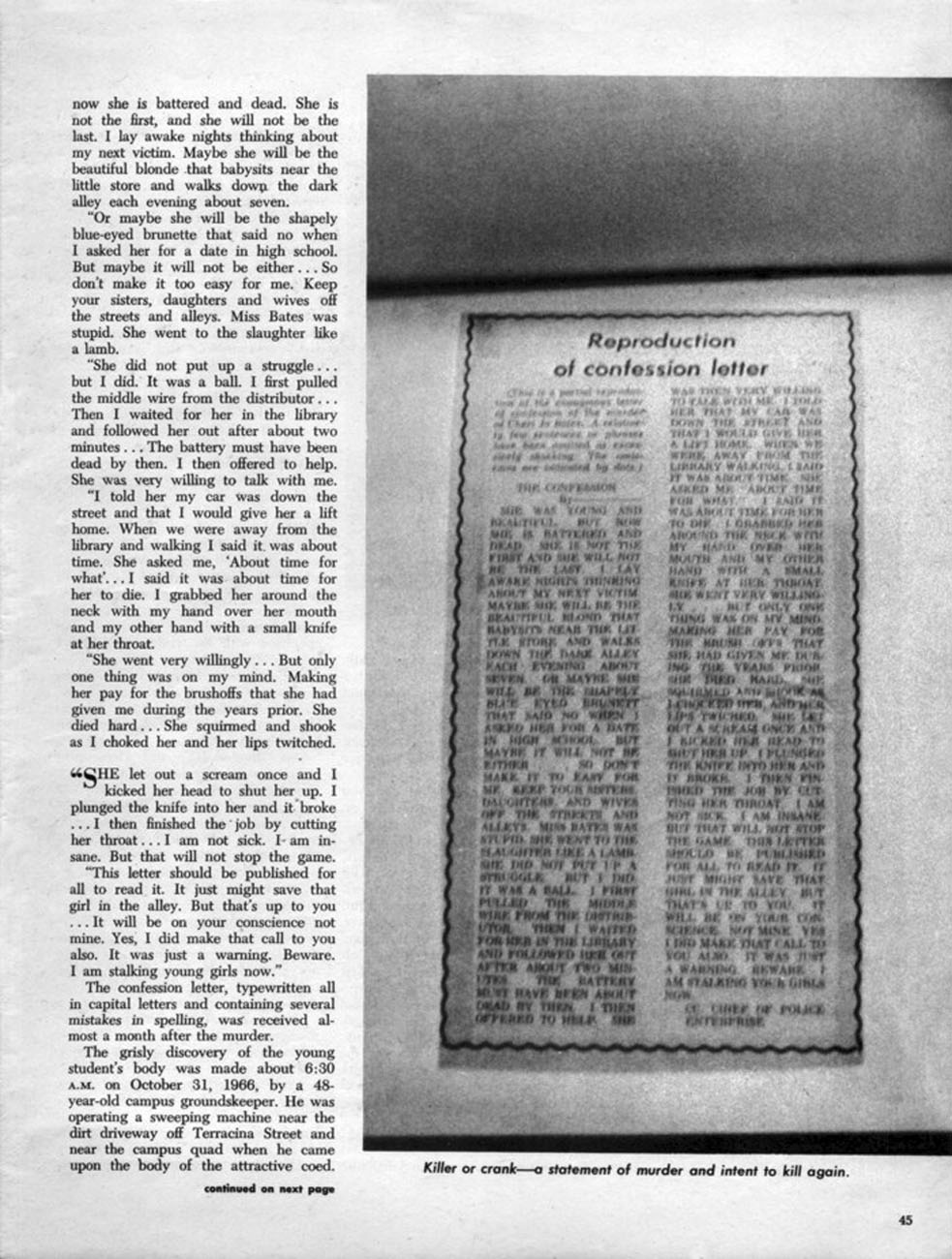 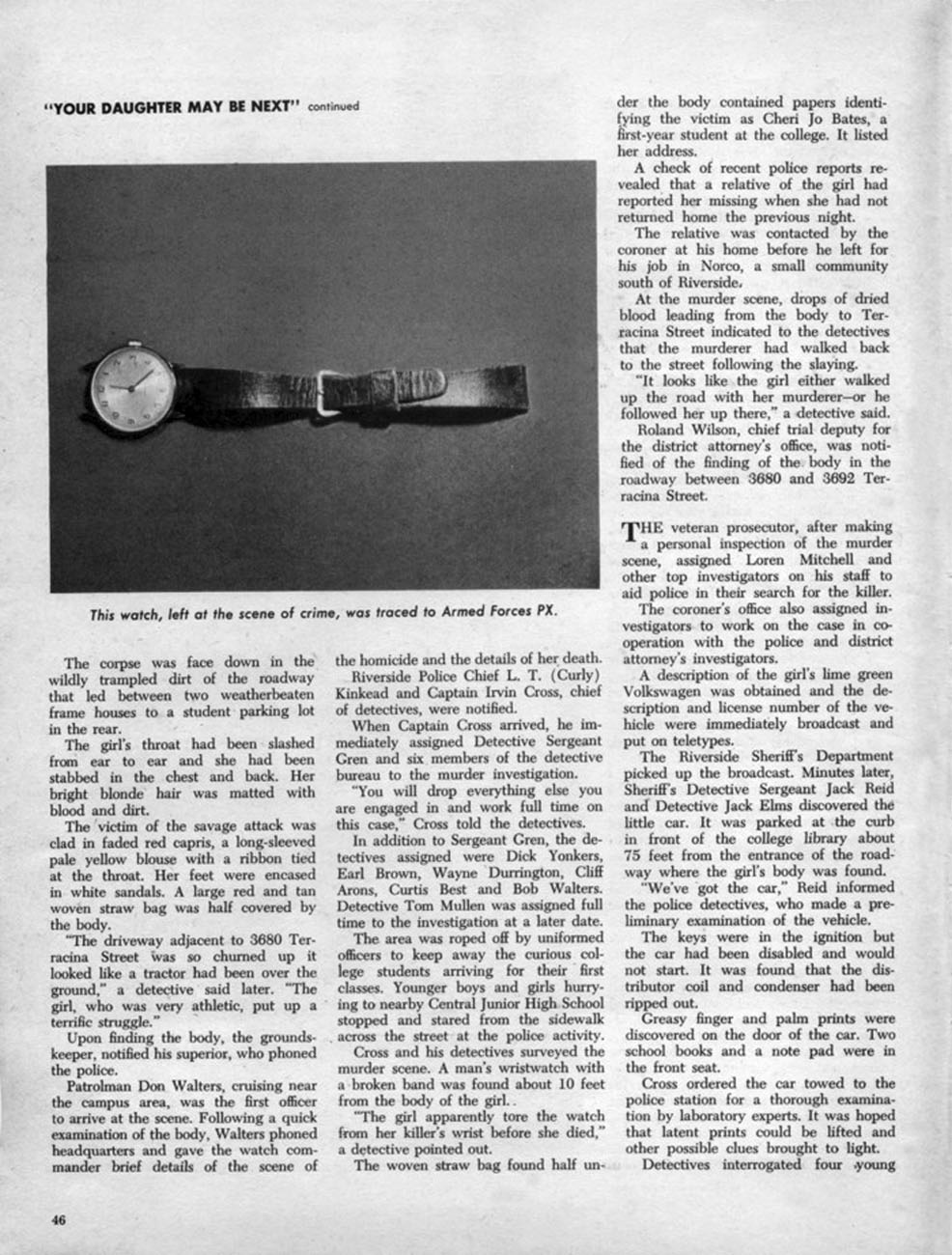 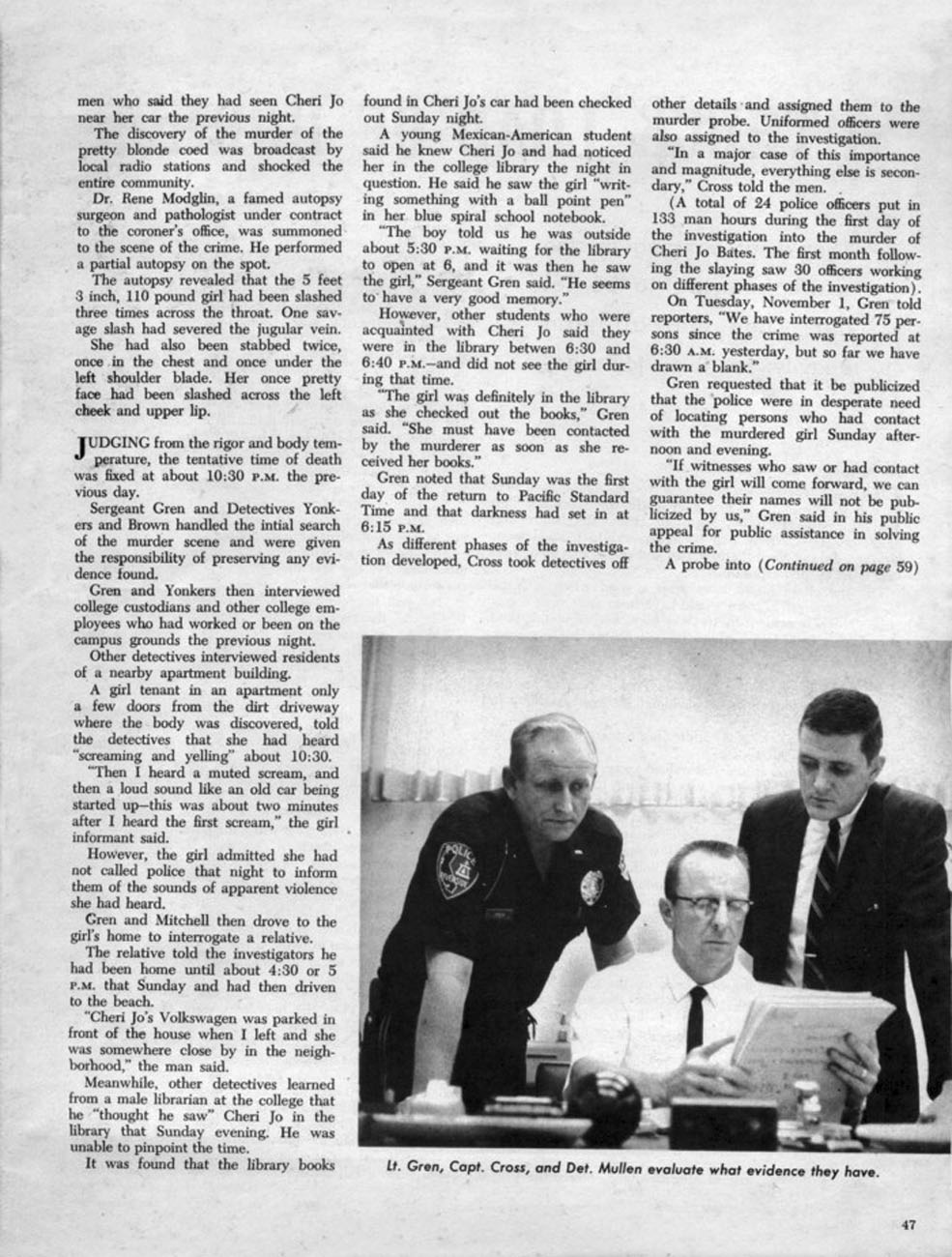 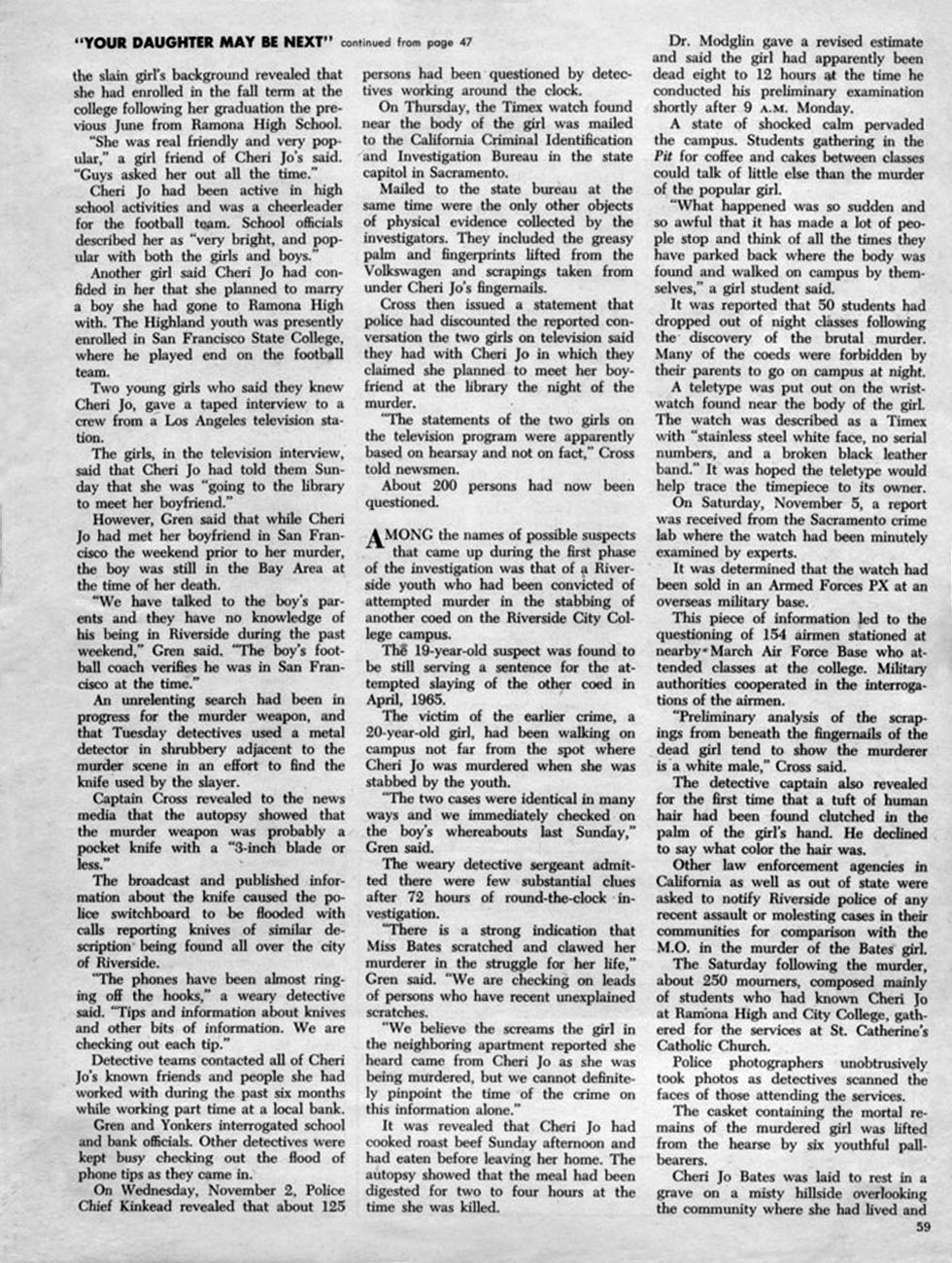 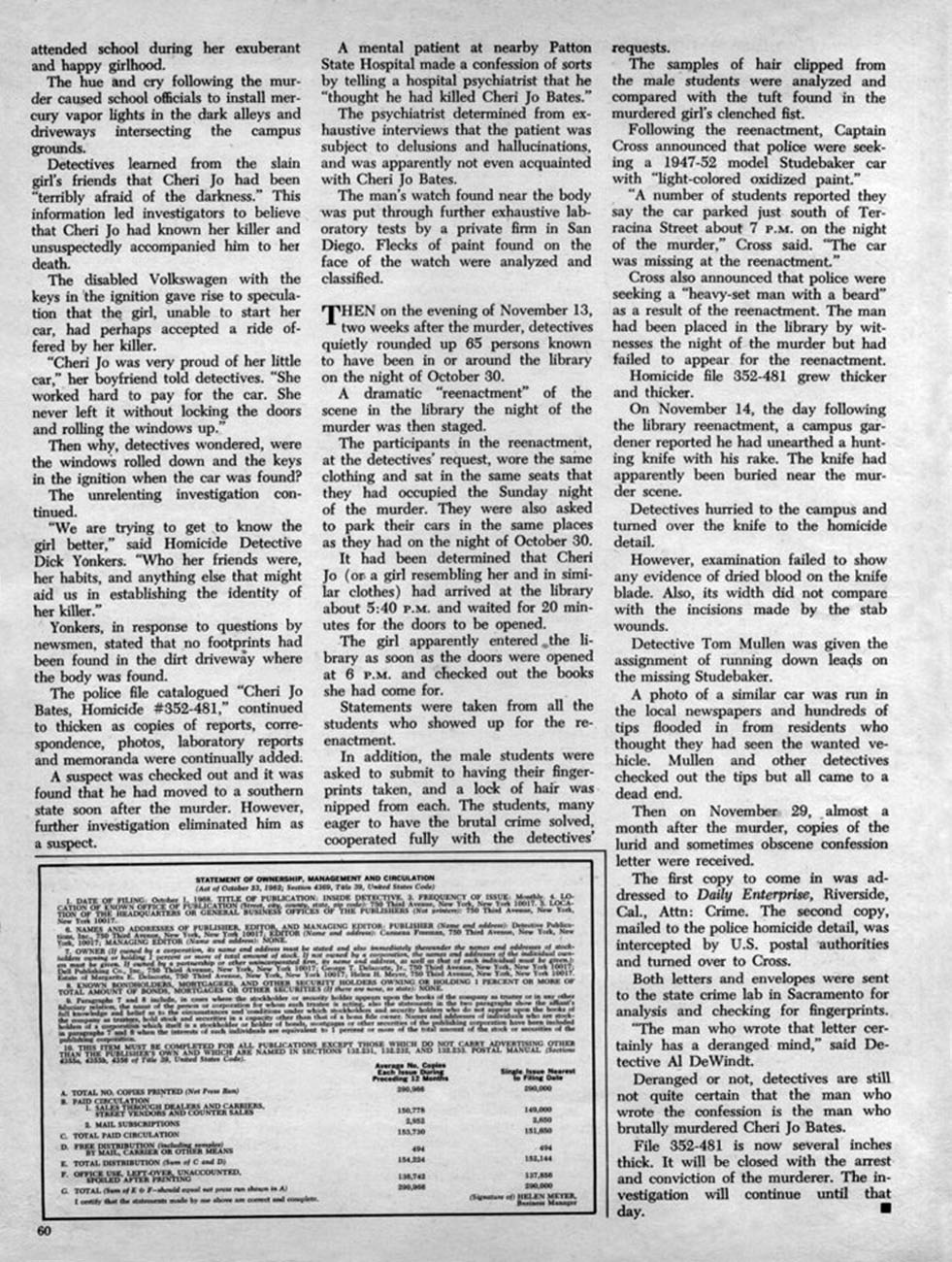 The new History channel documentary series The Hunt for the Zodiac Killer begins Tuesday November 14. You can watch new video promos for the series by clicking on the links below, and the History channel website features new articles including a timeline of Zodiac crimes and letters along with a look at some of the men named as “suspects” over the years.

The Hunt for the Zodiac Killer – Sneak Peek

The Hunt for the Zodiac Killer Video Promo 1

The Hunt for the Zodiac Killer Video Promo 2

The Hunt for the Zodiac Killer Video Promo 3

The Hunt for the Zodiac Killer Video Promo 4

The Hunt for the Zodiac Killer Video Promo 5

The Hunt for the Zodiac Killer Video Promo 6

The Hunt for the Zodiac Killer Video Promo 7

The Zodiac Killer: A Timeline at History.com

Could any of these men have been the Zodiac killer? at History.com

The San Francisco Chronicle published an article with a review of the first episode exploring the possible connection between the Zodiac and the still-unsolved 1966 murder of Riverside City College student Cheri Jo Bates.