Larry Kane was named as a Zodiac suspect by police officer Harvey Hines.

Escalon police officer Harvey Hines, in uniform and in an early television interview.

For years, Hines conducted his own investigation and then presented his findings to law enforcement agencies. An FBI report dated January 14, 1991, stated that the Vallejo police department had requested that the bureau “expeditiously compare” a suspect’s fingerprints with fingerprints in the Zodiac case. 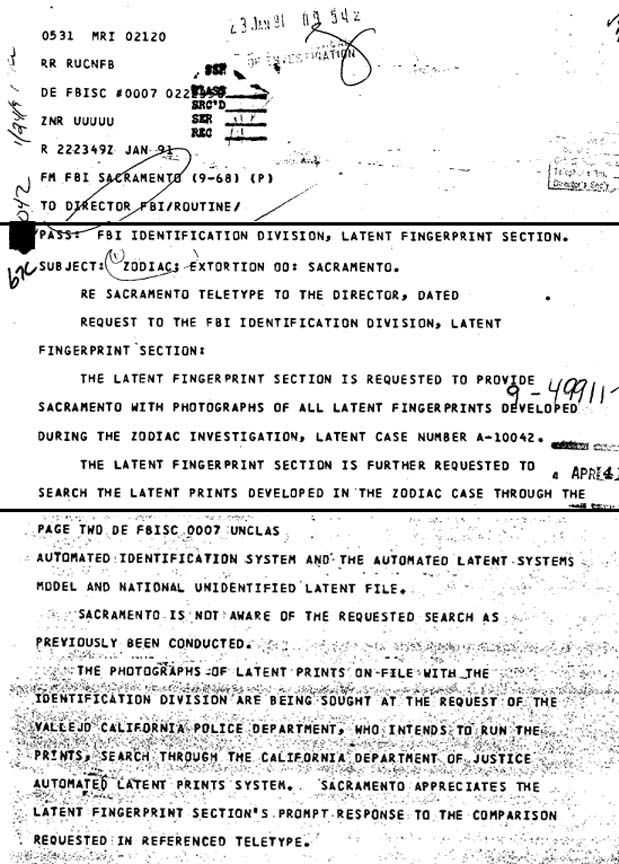 Another page in the FBI files contained a report about Zodiac suspect Arthur Leigh Allen from the Bureau’s latent fingerprint section, dated February 27, 1992. The report states that 38 fingerprints in the Zodiac cases did not match Allen’s fingerprints. On March 29, 1991, the FBI reported the results of the fingerprint comparisons. Again, the name of one suspect was redacted in the pages released by the FBI. 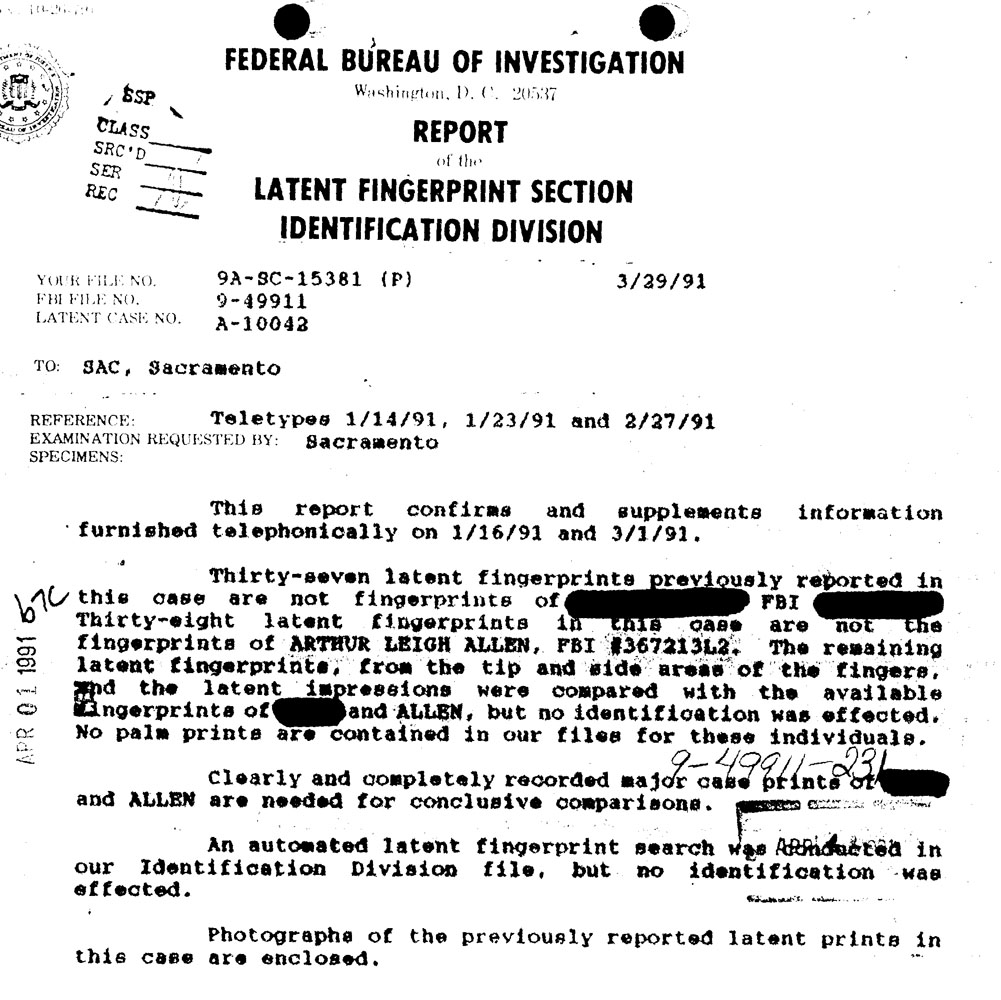 The reports matching those three dates concerned suspect Larry Kane, the request for the search by the FBI’s latent fingerprint section, and suspect Arthur Leigh Allen. The redacted name is a short name, and the latent section refers to the date of the report concerning Kane on January 14, 1991. The report dated 3/29/91 refers to two suspects, Arthur Leigh Allen and —the most logical conclusion— Larry Kane. This report states that the fingerprints of both suspects do not match the fingerprints in the Zodiac cases. The report states that 37 prints did not match Kane and 38 did not match Allen. The report further states that palm prints and “clearly and completely recorded major case prints of [NAME REDACTED] and ALLEN are needed for conclusive comparisons.”

Both Allen and Kane had been arrested and their prints were available for comparison. “Major case prints” referred to prints of all areas of all fingers, including the sides, and palm prints. The FBI latent section had access to prints necessary to compare the prints of both Allen and Kane to the fingerprints found on the cab at the crime scene in San Francisco. Investigators believed that these prints belonged to the Zodiac and these prints were used to eliminate suspects over the years. The FBI report demonstrates that Allen’s prints and Kane’s prints did not match the prints in the San Francisco case or the prints found on the Zodiac letters, as those prints came from the tips and other parts of the fingers normally included in standard fingerprinting by police departments. This FBI report would undoubtedly state if any of the 38 fingerprints in the Zodiac cases matched Kane. The absence of any report of a positive fingerprint match indicates that Kane’s prints did not match any of the Zodiac prints. FBI agents may have been unable to conclusively exclude Kane regarding one of the 38 prints which did not match Allen, or, the fingerprints on file with the FBI, obtained during Kane’s arrest, may have been insufficient in some areas of the fingers, such as the sides or the lower joints. In that situation, major case prints would provide the necessary areas of Kane’s fingers for a comparison to the fingerprints in the Zodiac files from those areas of the fingers.