On March 7, 1968, the NBC network broadcast the 24th episode of the television crime series Ironside. Titled “Perfect Crime,” the episode follows police chief Robert T. Ironside (actor Raymond Burr, Perry Mason) to a lecture for a criminology class at Bay College. A member of the audience asks about the “perfect crime,” but Ironside dismisses the notion as fantasy. He then receives an anonymous note, a cut-and-paste message constructed with letters clipped from newspapers, which reads, “Dear Chief Ironside, you are wrong. The perfect crime is possible. I will prove it.” 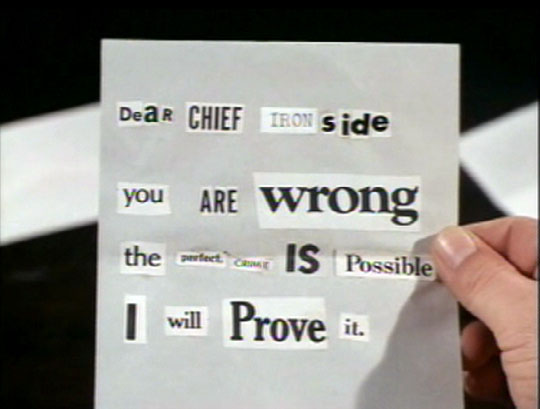 Ironside warns the students, “Let me put it bluntly– there never has been a perfect crime and there never will be, so don’t try it because you’ll be caught no matter how brilliant you are. You won’t make it. I promise you.” After the class is dismissed, an unseen gunman hides with a .22 caliber rifle and watches Ironside and others through a scope, the potential targets are aligned in the crosshairs. The sniper then shoots and wounds a student. 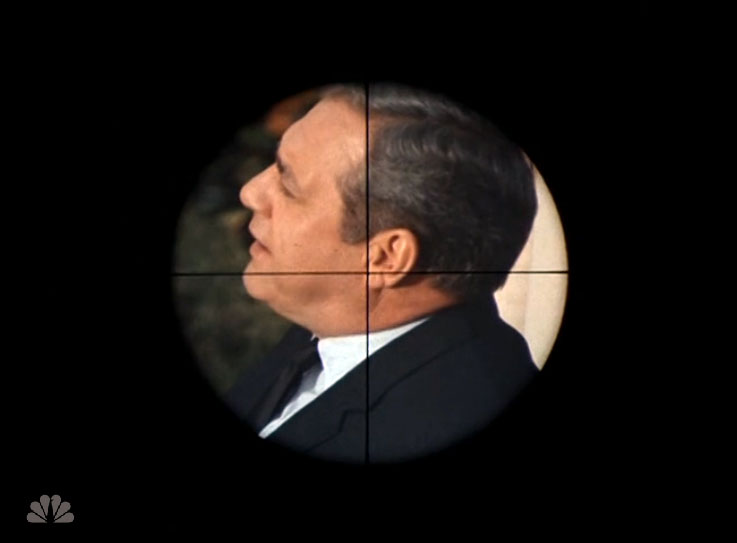 Ironside learns that, before the shooting, the sniper sent identical type-written letters addressed “To The Editor” of the San Francisco Dispatch and another Bay Area newspaper. 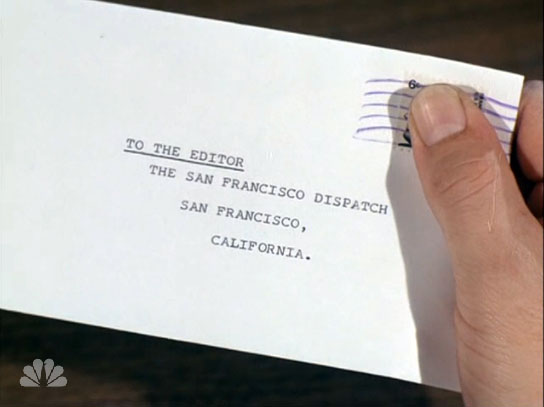 Ironside describes the mentality of the shooter as “a mind capable of committing murder just to satisfy its ego. A brilliant, cold, calculating, not quite normal mind, a mind that could not resist writing to the newspapers advertising its intent.”

The sniper then opens fire on Ironside’s home office and wounds Officer Eve Whitfield. The bullet does not match the bullet from the first shooting, proving that a different weapon was used. One observer notes that the different weapons must indicate two shooters, but Ironside explains that the same gunman simply used a different weapon. Investigation leads Ironside to several suspects, including two members of the Bay College Rifle Team named Larry Wilson and Jonathan Dix. When Dix is shot, Ironside focuses on Wilson and learns that the suspect had been institutionalized as a child after accidentally shooting and killing a friend. Wilson seems like the most logical suspect, but Ironside is skeptical and believes that the sniper has staged the crimes in order to conceal his true intention– to kill Ironside. 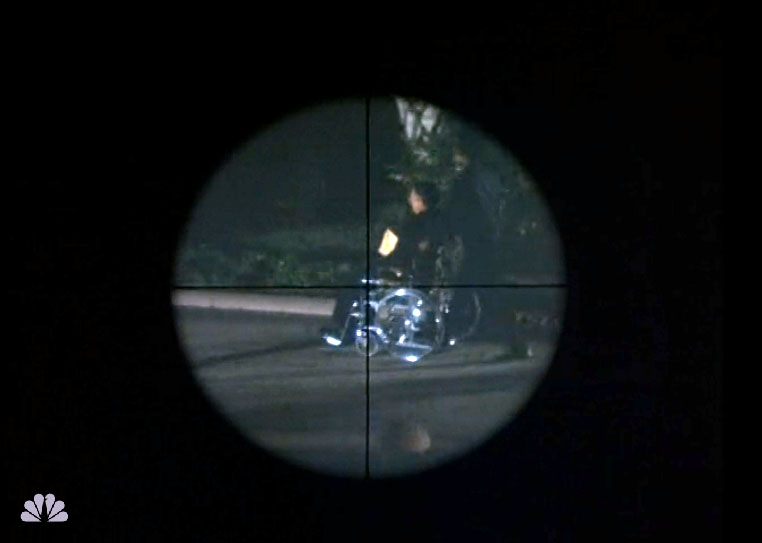 A trap is set and the sniper takes the bait by shooting a dummy in a wheelchair. Ironside then catches Jonathan Dix as he is about to stage Wilson’s suicide to end the search for the sniper. Dix has a nervous breakdown as police drag him away. 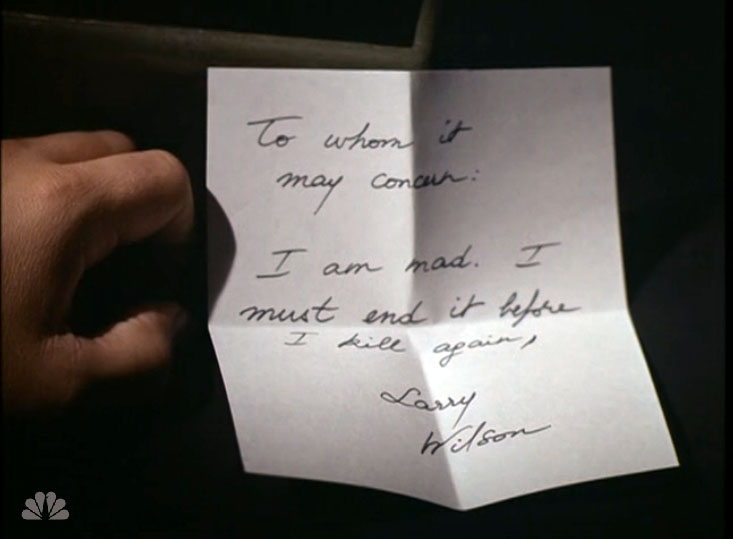 The basic details of this episode are similar to aspects of the Zodiac case: a gunman armed with a .22 caliber weapon shooting people and sending identical letters addressed to the editors of newspapers in the San Francisco Bay Area. When the sniper is about to shoot, a crossed-circle is superimposed over the victim. The Zodiac used a .22 in his first known murders on Lake Herman Road and he then switched to a different weapon for the second crime. After the second shooting, the Zodiac sent identical letters to different Bay Area newspapers, all addressed to the editor. And his chosen symbol was the crossed circle. He often used the symbol without the name; the first letters did not include the name Zodiac but were instead signed with the crossed-circle symbol.

The Ironside episode “Perfect Crime” aired approximately nine months before the first suspected “Zodiac” attack on Lake Herman Road in December 1968, and the first “Zodiac” letters were sent in July 1969. The timing indicates that the Zodiac may have seen the broadcast and may have been somehow influenced or inspired by some of the details in this television episode. The possibility that the Zodiac may have seen this episode could further support the theory that the killer was influenced by television and film. One Zodiac letter described the killer’s “electric gun sight,” a flashlight attached to the barrel of a gun in order to help target victims in darkness. The wording of the letter was somewhat similar to dialogue in an episode of Alfred Hitchcock Presents titled “Museum Piece.”