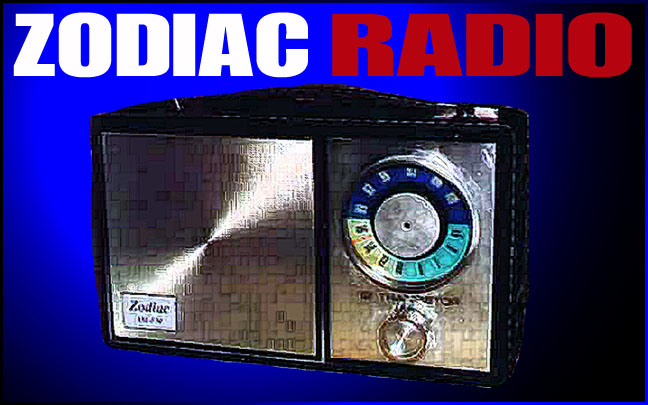 ROBERT GRAYSMITH: A Closer Look – Shortly after the release of his book AMERITHRAX, Robert Graysmith (author of Zodiac and Zodiac Unmasked) appeared on the radio program, A CLOSER LOOK, broadcast on the Paranet Continuum Network. Known for content devoted almost exclusively to UFO and conspiracy theories and discussions, the network features interviews with guests who tell sensational and often unbelievable tales. During the interview, Graysmith made more than 17 inaccurate, unsubstantiated, exaggerated, distorted or false statements in less than 12 minutes as he attempted to convict his suspect, Arthur Leigh Allen, in the court of public opinion. (A break down of the interview can be read in the article GRAYSMITH: A Closer Look.)

BILL NELSON: The Paranet Continuum – Bill Nelson, owner of Pen Power Publications, published his own book titled MANSON: Behind the Scenes, as well as The Zodiac/Manson Connection written by his associate, Howard Davis. In this 1997 interview, Nelson discusses his book and the Zodiac/Manson theory.

HOWARD DAVIS: The Paranet Continuum – Howard Davis, author of The Zodiac/Manson Connection, discusses his then-newly released book in this interview from 1997. Davis also mentions his original “tip” regarding the alleged law enforcement conspiracy to conceal the fact that the Manson family was responsible for the Zodiac crimes. (An in-depth article examining the Manson/Zodiac theory and the Davis conspiracy claims can be read in the article CONSPIRAZ.)

HOWARD DAVIS and “WHITE RABBIT” – The man who claims to have inside knowledge of the Zodiac/Manson conspiracy meets with a man who claims to have known the Zodiac. White Rabbit, an ex-convict and Manson family member who once ran for political office on the “Manson Ticket,” claims that Manson family member Bruce Davis was the Zodiac. White Rabbit sold a Manson letter to Howard Davis which purportedly read, “Don’t talk about Zodiac.” The two men discuss the letter in this audio clip recorded on the streets of San Francisco in 2002. Davis and White Rabbit both appear in the YouTube CONSPIRAZ video clip.

GARETH PENN and MICHAEL O’HARE: The Anthony Hilder Show – This 1987 radio broadcast features both the accuser and the accused. Host Anthony J. Hilder lured Michael O’Hare onto the air by asking the Harvard lecturer to discuss public policy but the interview eventually turns to the Gareth Penn’s claims that O’Hare was the infamous Zodiac killer. O’Hare denied the accusations before ending the interview, and Penn then discussed his various mathematical theories. This broadcast also includes questions from callers and is accompanied by an introductory clip from The ART BELL SHOW featuring a caller who claims that the Zodiac murders were part of an elaborate work of earthform art and that the famous artist Christo knows the identity of the killer. In this interview — recorded years before Belli’s caller made this claim — Penn compared his theory of the Zodiac’s earthform art to the work of the famous artist Christo. (The Zodiackillerfacts.com article TIMES 17: The World According to Gareth features an examination of the Penn/O’Hare history, and O’Hare’s article titled HOW A CONSPIRACY THEORIST WHO THOUGHT I WAS THE ZODIAC ALMOST RUINED MY LIFE.)

GARETH PENN: The Radian Theory – In this isolated clip from The Anthony J. Hilder Show, Penn describes his radian discovery and theories. (Penn’s entire “Radian Theory” was debunked in the article GARETH PENN, MT. DIABLO and The RADIAN THEORY.)

Gareth Penn : The Story of the Radian Theory

The GOLDCATCHER “CONFESSION” Tape – In this 2-hour audio recording from 2009, Blaine Blaine (aka Goldcatcher aka Zakatarious) tells a bizarre and confusing tale of his encounters with his suspect Richard Gaikowski. Blaine claims that he solved the Zodiac’s codes, and that he witnessed and/or participated in several murders. Blaine also explains his many theories linking Gaikowski to many other murders. This audio recording was supplemented by a partial transcript. Blaine’s recorded account conflicts with the original version of events documented in his many writings from the late 1980s.

(NOTE: The audio recording known as “Goldcatcher’s Confession” is no longer available on the Internet. Tom Voigt, owner of the website www.zodiackiller.com, claimed that he owned the copyright to this and other audio recordings which proved that Goldcatcher was not a credible informant. Desperate to hide the evidence which proved that his informant was a crackpot, Voigt relentlessly harassed those who had posted the audio recordings online and filed complaints against webhosts in order to block access to the recordings. Voigt happily uses his website to promote Blaine as a credible informant while accusing his pet suspect Richard Gaikowski, yet Voigt does not make these recordings available to the public at his website. Voigt also filed several false claims of copyright infringement in a desperate attempt to prevent anyone from posting a photograph depicting Voigt and Goldcatcher together during filming of the History Channel documentary MYSTERYQUEST. The publicity still in question was actually owned by KPI Television, the producers of MYSTERYQUEST, and had been cited as such on the KPI and MysteryQuest websites. Read more about Tom Voigt and his efforts to exploit Blaine Blaine and accuse Richard Gaikowski in the ZodiacKillerFACTS articles Tom Voigt & MysteryQuest: The Rest of the Story and Tom Voigt, The “Good Times Switchboard,” & Revisionist History.

[NOTE: These recordings were compiled from various sources and vary in quality and sound levels. If you have any suggestions for additions to this page, or have audio recordings you would like to add to this collection, please leave a comment here or join the Zodiackillerfacts.com message board and send a private message. Thank you.]